We strive to create a player led environment that challenges each person to be the best player they can... 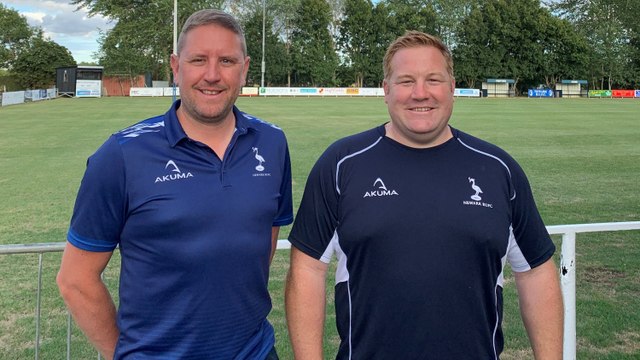 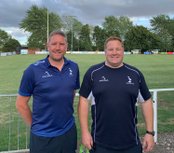 We strive to create a player led environment that challenges each person to be the best player they can be. Each and every individual will have a positive experience in their development as a rugby player. We welcome all players, whether they be established Newark players, returning Students, Colts transitioning to senior rugby and of course, players that are new to Newark. 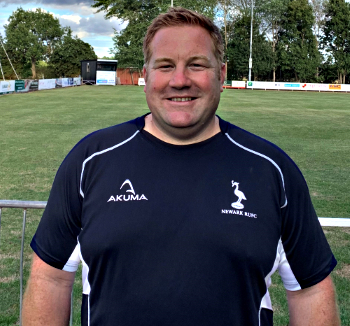 As a player I joined the Leicester Tigers Academy in 1996. I then played for Paviors in Midlands 1 from 1998-99 before a 10 year spell at Nottingham Rugby in The Championship.
I then had 6 years as player/coach at Ilkeston RFC and then 4 years at Paviors RFC in the same role. I’ve also had overseas playing experience in both New Zealand and Italy.

My coaching career began in 2006 as a Community Rugby Coach for Nottingham Rugby.
I held player/coach roles at Ilkeston RFC and Paviors RFC from 2009 to 2016 and the specialist role of Attack Coach at Paviors from 2015 – 2019. Alongside that role I was Forward’s Coach for The University of Nottingham Women’s Team before I was offered the Head Coach role at Newark RFC in the Summer of 2019. 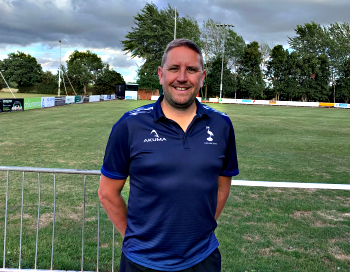 I grew up playing for Ampthill Rugby club where I stayed until 17 years of age. Having won the East Midlands Colts Cup I then made the move to Bedford Blues.
I played there from 1996 until 2001, playing for the colts, U21s and the second xv.
The highlight of my playing career during this time was representing East Midlands in the Colts County Championship and being part of the squad that won the trophy at Twickenham.
A squad that included Ben Cohen and Steve Thompson who would go on to be integral to the 2003 World Cup win.
Bedford were in the Premiership at the time and I fell short of gaining a professional contract so I decided to travel to America where I joined Schuylkill River Exiles in Philadelphia as a player/coach.
Whilst in Philadelphia, I also coached part-time at Temple University and their womens’ team.

Having stayed in America 2 years, I returned home to university and played for Ampthill 1st xv until 2005 when I moved to Luton to play in Midlands 1 and join their highly ambitious journey.
At the end of the 2005-6 season, after playing for East Midlands versus The Barbarians in the Mobbs Memorial Cup, work took me to Carre’s Grammar School in Sleaford where I remain today.
I was player coach at Sleaford from 2006 – 2008 as well as coaching NLD U16s and also coaching as part of the Leicester Tigers DPP programme.

In 2013 I decided to give Rugby one last shot on the playing field and had a hugely enjoyable last season at Kelham Road under skipper Matt Clark.

I then had a break from club Rugby as I concentrated on leading School Rugby and feel proud to have led a department that has developed fine players who have many representative honours at both age-group and senior level, most noticeably Ollie and Lewis Chessum who now play for Leicester Tigers and England.

I leapt at the chance to re-join this wonderful club in 2019 as a coach and feel honoured to be able to add to the rich history of this great club!

I am a level 3 RFU qualified coach and RFU Coach Educator.